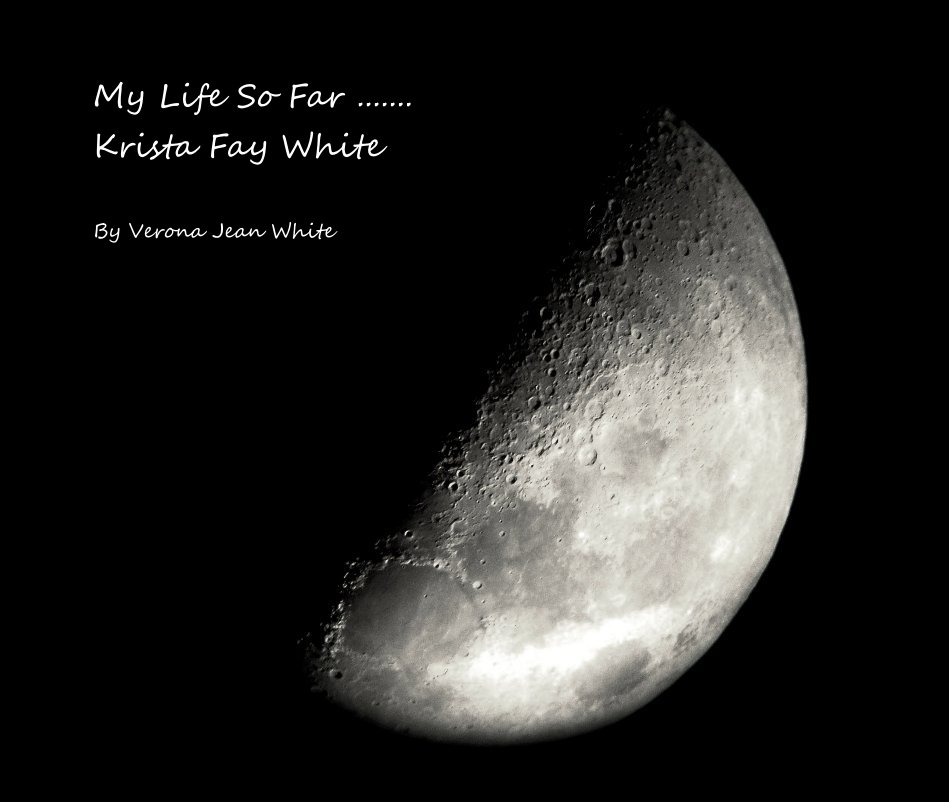 This book chronicles the first 21 years of accomplishments which have molded a young woman on her way to becoming a space and planetary research scientist.

Krista Fay White is a 2010 graduate of Ball State Univerisity, Muncie, IN with a B.S. degree in Physics, Astronomy and Geology. This book was written when Ms. White was still a junior at Ball State University.

Ms White, while only a junior undergraduate student, was awarded three prestegious paid Physics internships, one each summer for Freshman, Sophomore and Junior years. Her research hasthree times been published. Her third internship will began in June of 2008, where she appeared in a documentary on "Rocket Scientists" distributed by Montana State Univeristy to high schools throughout Montana to encourage Physics as a choice for their college studies.

Because of these internships, Krista has travelled presenting her research at the American Astronomical Society 207th meeting in Seattle, Washington (2006), the 39th Division of Planetary Science in Orlando, Florida (2007) and recently presented an oral presentation at the 39th Lunar and Planetary meeting in League City, Texas (2008).

Ms White is currently working towards a Ph.D in Planetary Sciences.

She has used large telescopes at Kitt Peak in Arizona, a special multi-million dollar chamber (Andromedia Chamber) to simulate Mars enviornment and this summer will work developing optics for a solar research rocket to be launched in 2009. Tremendous opportunities and accomplishments for a young woman just entering her senior year of college.

This book celebrates her accomplishments, talents, friends and family as this young talented woman steps into a certain future as one of the United States young scientist's who will be taking us to the Moon, Mars and beyond.

The cover photo was taken by Ms White with a digital camera held up to a telescope eyepiece when she was 16 years old.