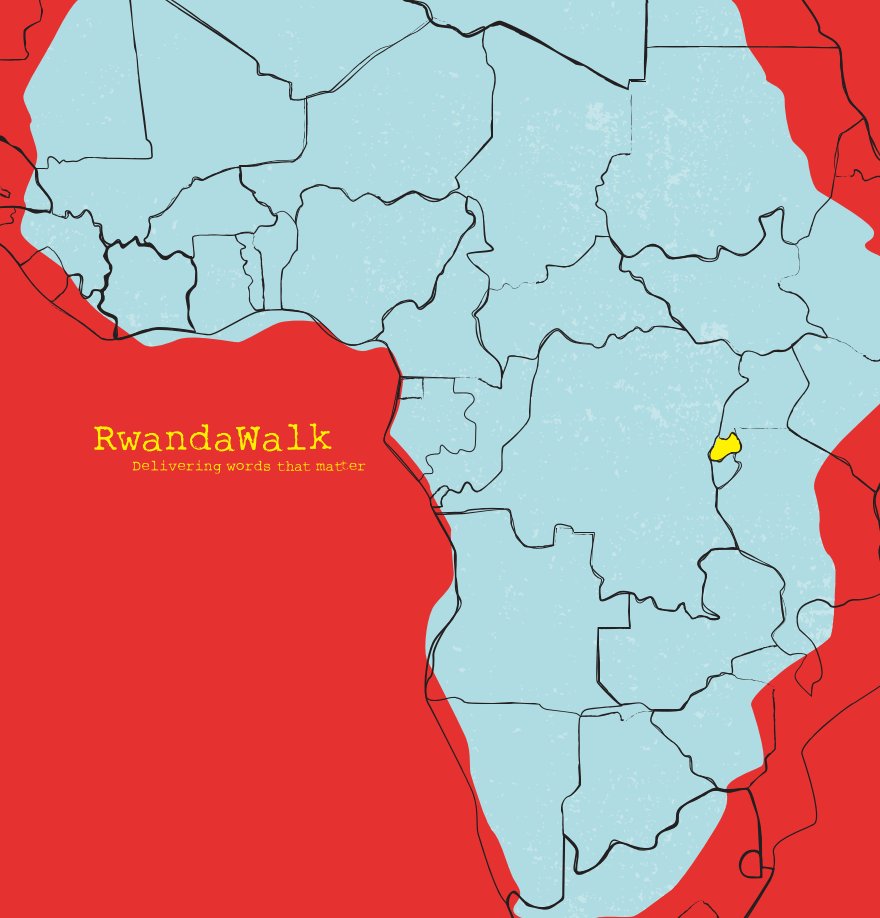 In May 2012, we set out to walk the western border of Rwanda. Our goal was to walk 200 miles
across the country, delivering letters from home to those we encountered along the way. Each day
we stopped to deliver a personal note, written by someone in America, to an unsuspecting Rwandan.
The letters were sealed, handwritten and titled by a single word characterizing a human trait or
emotion (i.e., faith, pride, honor, etc.). The letters were pulled at random, opened and translated
on the spot for the recipient to respond to. Excerpts of their stories, and our experiences, are
interspersed throughout this book.
RwandaWalk is a community experiment, linking two vastly different worlds through words.
Although we may live different lives, RwandaWalk proves that all humans share an innate
emotional bond that makes it possible to connect with complete strangers on a deeply meaningful
level. Many of the Rwandans we selected had never opened a letter in their lives, and all were
grateful for the opportunity.
Tragically, Rwanda is known best for 100 days in 1994. During this time, an estimated 1 million
people were murdered and more than 300,000 women were raped as Hutus turned on their
Tutsi neighbors. In reality, the genocide was far from an isolated incident. Decades of European
colonialism contributed to escalating animosity between the two groups, ultimately culminating in
a bloody revolutionary uprising in 1959 with small genocidal movements being conducted over the
next 35 years.
RwandaWalk was conceived not out of a need to explore or understand these dark times, but a
desire to educate readers about present-day Rwanda. Twenty peaceful years have passed since
the genocide, and the world now looks to Rwanda for the playbook on nation-building. We found
Rwandans to be a humble, generous and warm-hearted people. Through these pages we invite you to
experience Rwanda for yourself.
Sitio web del autor
http://www.rwandawalk.org